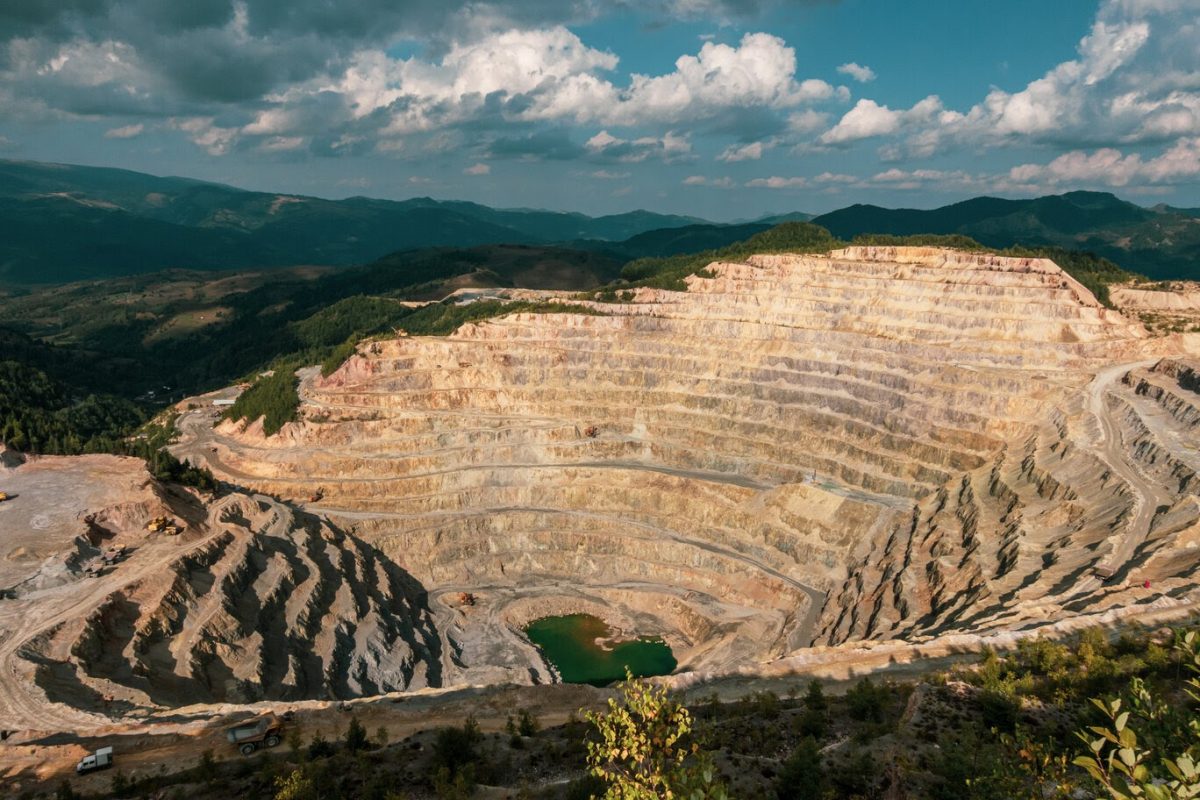 Copper has been fundamental to human development since the dawn of civilization. Just as our ancestors used it to create the tools that allowed them to plow fields and knit clothes, copper is the secret ingredient behind life in the 21st century. From kitchen sinks to musical equipment and even the circuit boards inside of space shuttles, copper is used everywhere.

Copper is a key component for a more sustainable economy, as it is used for electric cars, electricity and communications grids and is a highly recyclable metal.

The copper market is growing, surpassing other metals such as aluminum and zinc in performance. Market insights by S&P global show that the price of copper concentrate has been consistently rising throughout 2021, stabilizing at $60/mt during the last quarter of the year (source). According to Statista, global copper mine production rose by more than 5 million metric tonnes per year in the last 10 years. Copper industry worldwide mining operations extract a total of 20 million metric tonnes of copper annually since 2016 (source).

In this article, we list the top biggest copper mines in the world, and their main dust control and soil stabilization challenges and the solutions they are implementing.

The top 20 biggest copper mines in the world

The following list contains the top copper mines in the world, the countries they’re located in, their owners, the percentage of the world’s copper they produce, and the number of tonnes of copper per annum produced by them (based on 2020 estimates).

This is the world’s second-largest copper mine by capacity. The Collahuasi mine lies in the high altitude of the Tarapacá region, located in northern Chile. The open-pit mine was initially opened back in 1880 but, due to geopolitical reasons, operations were halted from 1930 to 1978, when the discovery of a new deposit prompted production to restart.

A mere 35 kilometers away from the U.S.-Mexico border, the Buenavista open-pit mine is considered to be the oldest continuously operated mine in the North American continent. Also known by the name of Canarea, this mine has been in constant use since it was opened back in 1899.

Morenci sits on top of an estimated 3.2 billion tonnes of copper. The open-pit mine has been in use since 1872 when the Detroit Copper Company began mining operations. The mine used to be Phelps Dodge property until its acquisition by Freeport-McMoRan in 2007.

Found about 20 miles to the southwest of the city of Arequipa in southern Peru, this area has been used for mining operations since the 1800s. The open-pit mine changed hands several times through the years until it was acquired by Freeport-McMoRan in 2007 as part of their acquisition of the Phelps Dodge Corporation.

The Antamina mine is located at 4,300 meters above sea level, in the Andean mountain range of central Peru. Not only does this open-pit mine produce copper concentrate but also zinc, bismuth, molybdenum, silver, and lead. By 2013, the capital expenditure of the mine was estimated to be over $2 billion.

This mine is located on the Taymyr Peninsula in the Siberian Federal District. In 2020, the mine’s output accounted for more than half of the Nornickel group’s overall production volumes. It comprises underground mines and one open-pit mine.

At an altitude of about 4000 meters above sea level, this Andean open-pit mine allegedly has reserves of over 6 million tonnes of copper, an amount that led MMG Ltd. to pay $5.85 billion for exploitation rights. Production of copper concentrate from the mine began in 2016 and is expected to last 20 years from the inauguration date.

Containing the largest reserve of gold and the second-largest reserve of copper in the world, the Grasberg mine is located near Puncak Java, the highest mountain in Indonesia. Freeport-MacMoRan used to own 90.64% of the mine, but that changed after negotiations with the government, where the latter party acquired 51.23% of ownership. It consists of four underground mines and one open–pit mine.

Another entry for Chile, mining operations at El Teniente have been taking place since the early 19th century. Previously owned by the Kennecott Copper Corporation, the Chilean government acquired 51% interest in the mine in 1967, after which operations continued under state supervision. 3,000 kilometers of underground rifts make El Teniente the world’s biggest underground copper mine.

Los Pelambres is a single open-pit mine. The Coquimbo region in central Chile is known as a tourist destination as much as a center for science and industry. The deposit was discovered in the 1920s but was not exploited until 2012.

The circulation of magma and subsequent movement of mineral-rich fluids created by the shifting faults in the South American Andes make them ideal for the development of minerals. This open-pit copper mine is located at over 3000 meters above sea level, and mining operations are performed in the cold mountain weather.

Located in the north of Chile, the Chuquicamata open-pit mine has a depth of 850 meters, a number only surpassed by the Bingham Canyon mine. Previously owned by the Anaconda Copper Mining Company, operations were overtaken by the state in the late 1960s after the Chilean government’s nationalization of copper.

This is the largest copper mine by capacity in Africa. The Kansanshi open-pit mine is located in the North Western Province of Zambia, 14 kilometers north of Solwezi. First Quantum Minerals owns 80% of the mine through a subsidiary known as Kansanshi Mining.

Named after the Chilean politician Radomiro Tomic Romero, this open-pit mine constitutes the first entry for the biggest copper producers in the world. Even though the deposit being extracted was discovered back in 1950, it wasn’t until 1995 that on-site operations began, under the control of the state-owned Chilean Copper Corporation, also known as Codelco.

Cobre Panama is an open-pit mining operation found 120 kilometers away from Panama City and just 20 kilometers from the coast of the Caribbean Sea. The concession consists of 13,600 hectares, half of which are currently being occupied by the project. The mine has over 3 billion tonnes of proven and probable reserves.

The rights to the mine belong to the Kamoto Copper Company, a joint venture between the Congolese government and the Canadian-headquartered Katanga Mining Ltd, with the latter owning 75% of the exploitation right to the project. The Kamoto underground mine has the potential to become Africa’s largest copper producer.

This open-pit mine is particular due to being the largest artificially made excavation in the world, visible to the naked eye from space. It is referred to as the Kennecott copper mine by the locals in relation to the mine’s previous owner, Kennecott Utah Copper. The mine was purchased in 1989 by the Rio Tinto Group, which has spent over $2 billion modernizing its operations.

Opened in 1960 by the Southern Peru Copper Corporation, this open-pit mine not only extracts copper but also gold, silver, zinc, rhenium, and molybdenum. In December 2014, the Peruvian Ministry of Energy and Mining approved the expansion of the mine, a $1.2 billion project meant to increase the annual copper yield by 100,000 tonnes.

Located in the North Western Province of Zambia, this open-pit mine began construction in June 2012, after the rights to the project were purchased in 2010 by the Canadian company First Quantum Minerals. Full-scale production began in November 2016 and today more than 1,800 people are employed at the mine. 300,000 tonnes of copper concentrate are expected to be produced annually by the mine over a 15-year period.

The scale and complexity of the challenge of each mine differs depending on the proximity of nearby towns or cities, water scarcity, type of soil/ore/material and weather conditions such as extreme cold, heavy rains or dry desert conditions.

For unpaved haul and industrial roads, mines use high performance dust control additives customized to their operations, such as DMS-DS and soil stabilization polymers and chemical stabilizers, such as DMS-DS 100 and CHEM-STAB. These products help them save 80-90% water, reduce road materials by up to 50% and mitigate dust by 90-99%.

For crusher and screening plants, large mines use dry fog systems such as temperature controlled DMS-FOG, and foams such as DMS-TDS, which add little to no moisture to the crushed material while reducing 80-90% dust emissions. They are fully operational in both extreme cold weather and desert conditions. Another expanded and well-established practice is the use of domes and vacuum systems to extract the dust emissions from the crusher and screener plant facility.

For piles and tailings, large mines use water cannons and additives, such as DMS-Canons and DMS-DS 100 to agglutinate fine material and avoid becoming airborne with the wind.

ABCDust offers dry fog systems, water cannons, air quality real time monitoring equipment for roads and crushers, combined with a smart dust control and soil stabilization management system that will help you run your dust control program professionally as well as keep track and facilitate the report of your continuous improvement to your nearby communities and local authorities. 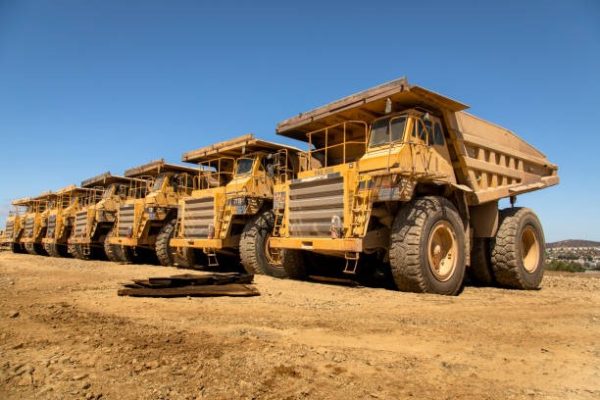 The challenges of decarbonization in mining and the contribution of smart soil stabilization and dust control. 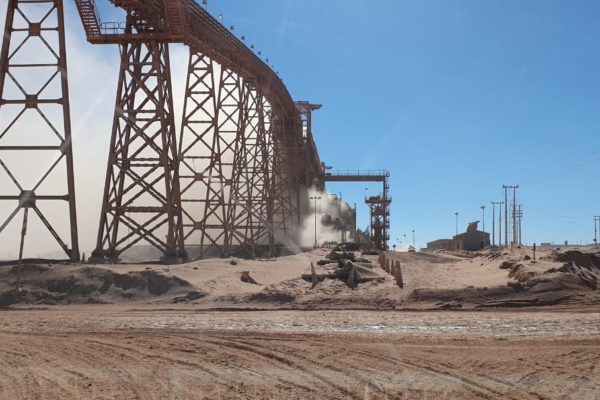 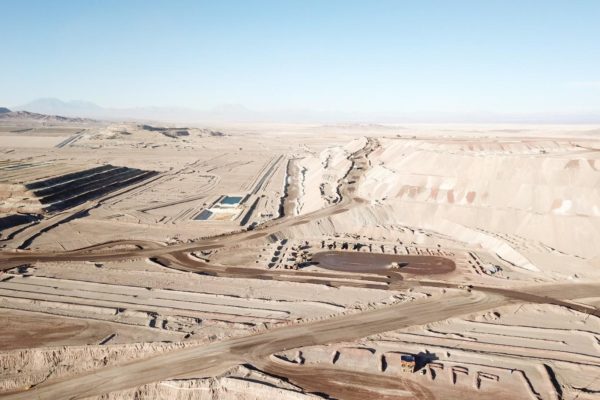 Haul roads dust emissions, the consequences, and how to act on the roots of the problem