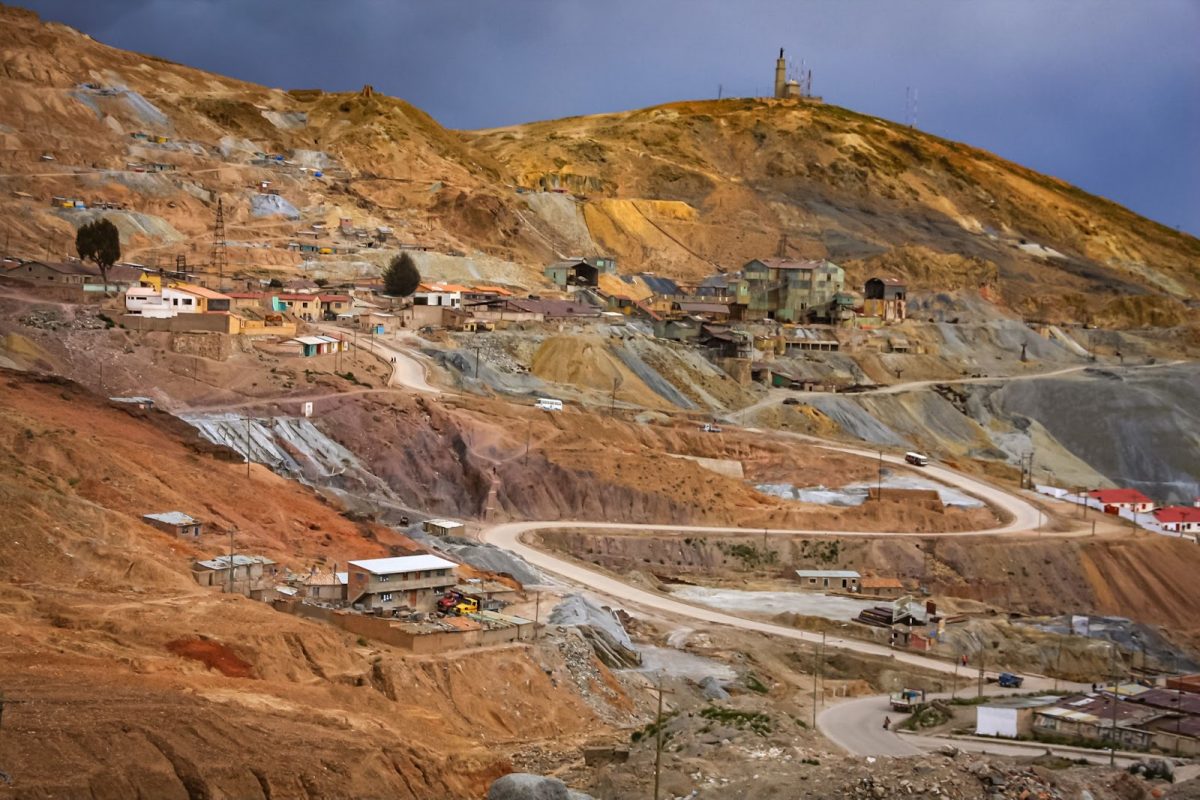 Silver is mined like most of the other precious metals, but silver mining is considered a hazardous task, even more so than gold mining. Merely 28% of the global silver extraction is done via mining (source). Most of the silver supply is from secondary mining, extracted as a by-product from mining for other metals and minerals, such as zinc and copper.

Silver producing operations can be of two types, open-pit mining or underground mining. Silver reserves are scattered across the world, but do you know what the biggest silver mines in the world are and their silver output? Keep reading to find out more!

The 10 Biggest Silver Mines in the World

Here are the 10 biggest silver mines in the world in terms of silver extraction via primary mining:

Polkowice-Sieroszowice Mine, located in the Glogow copper belt of Poland, is an underground mine owned by the giant KGHM Polska Miedź. Polkowice uses the blasting method to extract the silver core. Its silver reserves are estimated to be around 775 million ounces (Moz.).

In 2020, 39.2 Moz of silver was mined from this Polish mine, making it the world’s biggest silver mine. With the available reserves, KGHM’s mine can continue silver-producing operations till 2057. In addition to silver, the mine also extracts copper and gold cores, making it an important part of the silver mining industry.

How did the mining industry adapt to the coronavirus?

Mexico is the world’s largest silver-producing country, and Peñasquito is its biggest silver mine. The mine consists of two open-pit, polymetallic mines, Peñasco and Chile Colorado, which make it the biggest open-pit mine. Peñasquito extracts gold, copper, and lead alongside silver.

Peñasquito has the world’s largest silver reserves, which are expected to be around 869.52 Moz. Peñasquito has increased its extraction by 22% over the last 3 years, and it is expected to carry on the silver mining till 2032. In 2020, Peñasquito mined 30.9 Moz of silver, making it the second-biggest silver producing mine.

Russia has ample silver reserves, and the polymetallic mine located in Magadan Oblast has the country’s largest silver reserves. The Dukat Mine is owned by the private silver mining group Polymetal International Group, and it has both open-pit and underground mines that can keep on producing silver till 2026.

In recent times, the Dukat mine has seen a decrease in annual silver output due to depleting resources and regional imbalance. Despite all this, the Dukat mine produced 18.2 Moz of silver, making it the third-biggest primary silver mine.

Sindesar Khurd is India’s biggest silver mine. It is located in the state of Rajasthan and is owned by Vendetta Resources. Silver mining is expected to continue till at least 2025. Sindesar Khurd is an underground mine that produces silver through lead and zinc concentrates.

The mine’s mineral reserve is around 79 Million MT. Moreover, 17.3 Moz of silver was extracted from this mine in 2020 by the “long-hole open stopping and paste filling” method. This mine holds great significance for the country and the region.

Saucito’s mineral extraction decreased over the last two years, but despite all this 16.5 Moz of silver ore was extracted from this mine, the 5th biggest producer of silver ore. Saucito is estimated to keep on giving silver output until 2024.

Peru is the second biggest producer of Silver overall, with 109.7 Moz extraction in 2020. Antamina is Peru’s biggest mine for silver ore, and according to some statistics, it produces more silver than Saucito. Antamina has been steadily growing its silver output over the past few years.

Antamina is an open-pit mine that extracts silver via the “floatation” method. Silver is transported via copper concentrates. Antamina’s silver production was noted to be 16.45 Moz in 2020, which allows it to occupy the 6th spot in our list. The mine is the property of BHB BLC and is expected to continue silver mining till 2028.

San Julian is a silver-gold mine that has seen an increase in silver production over the recent years. 25% of Frensillo’s annual output is from San Julian. San Julian is an underground mine that uses floatation and leaching methods to obtain silver concentrates.

San Julian extracted 13.3 Moz of silver last year, making it the 7th largest silver mine in the world.

Cannington mine is located in the north-western region of Queensland. Cannington is owned by BHP Billiton, and it started commercial production of silver back in the 90s. For almost a decade, Cannington was the largest silver producing mine, but its production has been decreasing since the 2010s due to mineral depletion.

Cannington has silver, lead, and zinc reserves that are extracted via underground mining, which are then processed in the surface processing facility. The mining life of Cannington was estimated to be 11 years back in 2012. In 2020, 11.6 Moz silver was extracted from Cannington’s reserve.

Hecla Mining Company completely owns the Green Creek polymetallic mine. Green Creek Mines are situated in the south-eastern parts of Alaska. The Green Creek mines are considered to be the cheapest running underground silver mines. It has the lowest cash cost per ounce of silver in this list of the 10 biggest silver mines in the world.

Green Creek mines had an output of 10.5 Moz silver in 2020. Green Creek mines have had an increase in silver output over the last decade, making it one of the fastest-growing polymetallic mines. The mine life is expected to last until 2031.

What is dust suppression?

Silver is usually mined from deep within the earth’s crust and, like much mining activity, this gives rise to various types of pollution and dust emissions. Dust emissions deteriorate the health of operators, surrounding communities and the environment. For this reason, authorities require mining companies to monitor dust concentrations and install dust suppression measures and systems.

A comprehensive suppression system considers the use of particle monitoring systems to enable and optimize various dust control techniques and practices. Among the dusting techniques we have the use of controlled irrigation that contains water and active agents, which bind to the dust particles in the air, keeping them on the surface and clumping them to the ground.

Other systems used are dry fog, foam and dust collector systems. At points where the dust also contains useful minerals, it can be fed back into the process to extract the minerals by different methods.

Soil stabilization helps mines stabilize their roads to facilitate the transportation of ore bodies and tailings. Due to the remoteness of the mining sites, they require the use of stabilizers which can yield results using local elements available at the site, which are highly effective and require low water consumption and specialized equipment.

Silver holds an important place in our society. Due to silver’s high conductivity and malleability, it is used in wires, PV cells for solar power and even in bandages to keep bacteria away. Silver’s shimmering look has made it a key element of jewelry for centuries, and it’s still the second most worn metal after gold.

Only one third of the silver comes directly from silver ores, while the rest of silver is obtained from ores of other precious metals, such as copper, gold, and zinc. Silver mining will continue to flourish with better safety equipment and more advanced technology. These advances in technology considerably reduce the pollution entailed by mining operations!

The challenges of decarbonization in mining and the contribution of smart soil stabilization and dust control.

Haul roads dust emissions, the consequences, and how to act on the roots of the problem