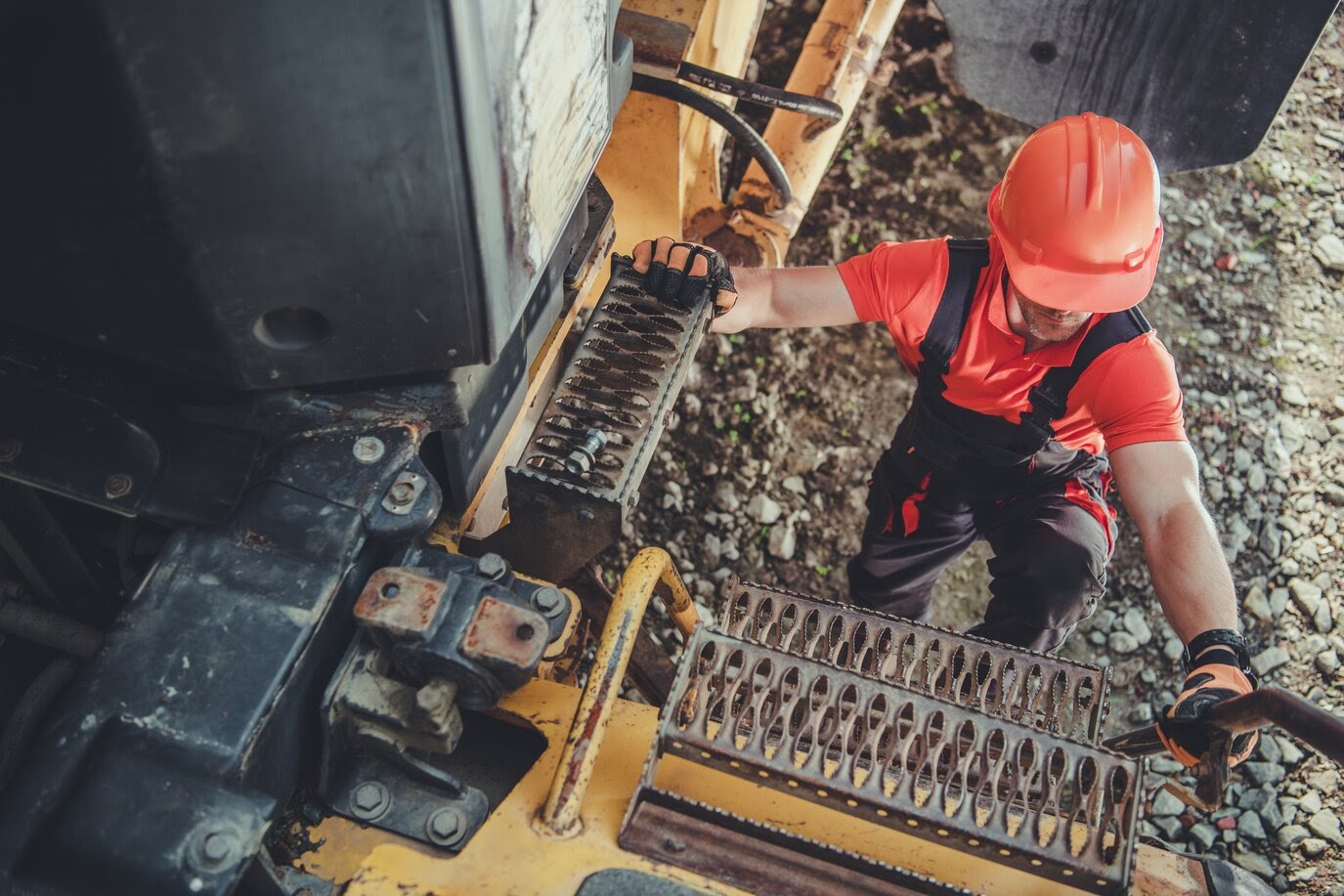 The start of the pandemic brought about dramatic changes to global mining revenue, causing billions in losses and costing many people their jobs and livelihoods. Nonetheless, by mid-2021 the mining sector is seeing the steady resurgence of many commodities being worth the same, if not more, than what they did before the coronavirus.

Learning from the past

We can examine significant shocks of the last 50 years to better understand the impact of Covid-19 on the mining sector. The last decades have been the stage for many conflicts and world-changing events which were very influential to the worldwide commodity market.

The collapse of the Soviet Union

Russia is a country of vast mineral wealth and the post-World War 2 geopolitical power it acquired was partly expended improving its mining industry and that of its allies. The extracted minerals were mostly reserved for domestic use or exchanged with countries of the 3rd world and the eastern bloc at much lower prices than those managed by western markets.

After the Soviet Union collapsed, Russia and the former eastern bloc countries were able to open their markets to the west. The sudden flood of supply mixed with the lower prices these countries were willing to sell their goods for had worldwide impacts on the mining market. American companies, enraged by the lowering prices of previously more expensive commodities like uranium, demanded protection from the American government.

As humanity reached the information age, the rapidly growing tech sector and policies which created incentives for speculative investments ended up creating new types of businesses, nicknamed Dot-Coms due to their digital nature. The stock market started favoring these new companies due to their huge potential and fast growth, deciding not to invest in more traditional companies with slower growth rates.

On April 3, 2000, an American court ruled in the case of United States vs. Microsoft Corp. that Microsoft was guilty of running a monopoly and violating antitrust laws. The ripple effect this event had on the stock market caused several tech giants to lose their investments and global investors to grow wary of taking risks during the first years of the millennium.

The mining sector wasn’t affected by the bursting of the Dot-Com bubble as hard as other industries, but it is important to note that growth during this period remained largely stagnant, not even reaching pre-Soviet Union collapse levels until later in the decade.

After a period of massive, unprecedented growth, the mining industry was severely damaged by the 2008 financial crisis. Cheap credit and careless investing culminated in The Great Recession, the worst economic crisis the modern world had experienced until the current Covid-19 recession. The price of minerals practically dropped to the floor as demand extinguished due to the crisis.

The lifecycle of a crisis

Studying major economic crises during and after the 20th century helps us learn how they developed to have a better understanding of how Covid-19 and the global mining industry will fare during the coming years. Patterns can be recognized by looking at the behavior of the market during past events. By analyzing these patterns, we can create a timeframe of how these crises have progressed.

Periods in which commodities drastically increase or decrease their price are known as price shocks. Investors will flee to US-dollar assets and mining currencies will devalue as demand radically plummets. The price of the commodity before a crisis will be a determinant factor on how violent its price drop can be, where the steepest falls happen to commodities selling at marginal cost-plus prices.

These price fluctuations are expected to last for a period between two weeks to two months. Crude Oil, for example, dropped to negative values during April of 2020 but by June its price had risen back to profitable levels.

Changes to global spending have had severely negative effects on supply chains as fewer people have the expendable income to keep the economy moving. Aggregate demand harshly decreasing will have a significant impact on certain commodities, as experienced by the housing market during the 2008 financial crisis.

Different factors are to be taken into consideration when calculating how long this phase of the cycle will last. It can take as little as three months or as long as two years for global consumer demand to reach pre-crisis levels, depending on the timeframe in which marginal cost-supply reductions happen and how strategic stocks are implemented.

As stimulus packages are deployed around the world and aversion to spending begins to dissipate, we can see producers adapting themselves to the current economic climate. Goods and services, however, are not necessarily bound to reach distribution and profitability levels from before the crisis at this stage.

We can expect this phase to last from 1 to 3 years, with the length depending on how the market has performed on previous phases of the cycle. In previous crises we have seen that companies may successfully increase profits by placing their trust on lower-cost operations, allowing them to reach the market without risking too much.

Demand eventually begins to grow, and with it, new investments once again become sound decisions. During this final phase, projects which had to indefinitely shut down can restart. Commodities will react differently during this new normal. The nature of these changes is dictated by the way a crisis changes the sociopolitical climate. Larger economies kickstarting a global recovery and prices rebounding have nevertheless been historical constants.

How was the mining sector affected by Covid-19?

The Covid-19 impact on the coal industry and other goods with industrial end-uses was expected to be harsh as soon as the first regulations were laid out. Coal, in particular, saw a hard dip in its price in late April 2020, but since the end of last year, it has been on a steady trend upwards. China is currently reauthorizing operations at several coal sites, despite former pledges to reduce carbon emissions.

Products with applications to new industries remain profitable and currently experience a price surge. Copper is increasing exponentially in price, in part due to disruptions to supply chains caused by the coronavirus creating scarcity. Crude oil experienced a historically unprecedented devaluation at the start of the pandemic, but in late August 2021, it stood at over $60 a barrel, a price it hadn’t reached since 2018.

Since gold is used by many as a failsafe to fall back on when currencies devalue, it is more resilient to crisis. Experiencing a continuous updraft in pricing since before the pandemic, the price of gold in 2021 remains considerably higher than 5 years ago. The last months have seen a resurgence in the worth of mineral goods thanks to looser regulations and populations better learning to adapt to current changes. Nevertheless, the delta variant of the coronavirus is raising alarms and causing uncertainty in the world market.

Impacts of Covid-19 on employment in mining

The main difference between the current crisis and those which came before is the previously unnatural series of restrictions Covid-19 has forced into our daily lives. Physical distancing has affected every facet of human behavior in such a way that supply chains are directly affected by social distancing regulations.

Covid-19 mining regulations have taken a hard toll on many on-site workers and managers. Social distancing created logistic problems regarding transportation and equipment of personnel. Constantly changing political discourse and public desperation caused generalized unacceptance to adhere to protocol by many, which has led to further health and safety concerns.

Overall, employee well-being has been cited by CEOs as the main challenge during the crisis. All non-essential travel has been canceled, but some workers are still required to occasionally travel for on-site assistance. Sales expositions and business summits followed global industrial trends towards working in a digital environment. Consensus states that productivity has not been negatively affected by the shift to remote work.

The path to recovery

British petrol-industrialist and world richest private citizen according to the 1966 Guinness Book of World Records, Jean Paul Getty, once stated that “the meek shall inherit the earth, but not its mineral rights”. In the current context, we can see this phrase as reassurance for the mining sector to keep being resilient in the face of the current crisis.

Even though in the first quarter of 2021 activity levels in the mining sector were higher than pre-pandemic levels and mining stock is performing better than average, outbreaks of the coronavirus remain as clear determinants for price increases and decreases. For example, the price of steel dropped sharply because of Covid-19 related concerns in China earlier this year.

Even if vaccines have already hit the global stage and vaccination is steadily going forward, two thirds of the world has yet to receive a dose. With the uncertainty caused by new strains of the coronavirus, progress towards recovery has been happening in a two-steps-forward, one-step-back fashion, but the recovery of the mining sector seems more promising now than it has been in similar time frames during past crises.

Dust Control in Tailings: Comparison of Additives and Application Methods for Mine Tailings